A meteor shower, instead of hail – an analysis of economic and labor market forecasts in search of the sun rays 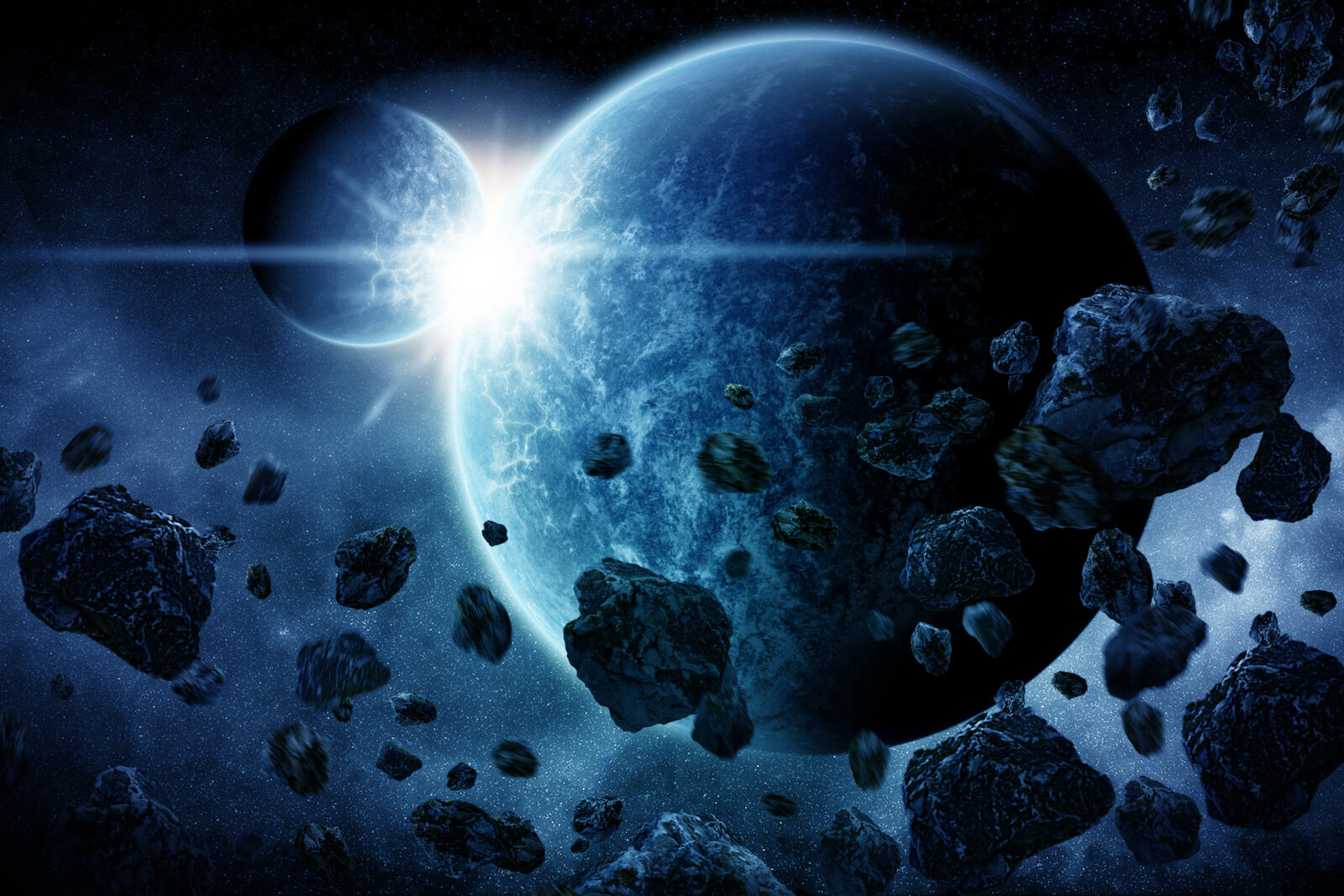 Sometimes I am under the impression that the COVID-19 has a much greater force than is attributed to it in a medical context. At one point, I found myself cringing at the very thought of reading another report. But you can’t be afraid of the truth or bury your head in the sand. You have to face facts and be flexible enough to notice positive the information, in the deluge of those difficult to accept. I was tempted to analyze the report of European economists on Poland and the world. I hope that together we will find the bright side in it.

The songs of the non-distant past

Strong economic growth, which in 2019 exceeded 4% as a result of the growing demand driven by a thriving labor market in Poland, was what we all experienced, to a greater or lesser extent. The “Employee market”, which in a nutshell meant low unemployment (3.3% in 2019), hiring specialists from Ukraine to fill vacant positions, an increase in salaries and non-wage benefits to retain employees. This phenomenon was observed in broadly understood retail, services, including catering, physical labor, including production and many others. Employers were overwhelmed by how to retain talented employees, and “talent” could be very picky when it came to job offers. The phenomenon of “ghosting” appeared, candidates did not care about their reputation and did not show up at job interviews, answering the phone with a lucrative job offer from another company on the way to an interview. This is how it was.

And then COVID-19 came along, which, in a way, brought with it a recession, which was talked about for some time, but no one expected such a sharp blow. The snow was supposed to fall, possibly light hail. We were, however, hit with a meteor shower. The crisis, like everything in life, brings positives and negatives with it. When analyzing a report published by the European Union, let us consider what we can count on and what we will not avoid in the next 1.5 years.

Poland with the forecasted lowest drop in GDP in Europe!

The COVID-19 pandemic will end almost three decades of continuous growth in Poland. In 2020, GDP will fall by about 4.3% compared to the previous year. This drop is caused by the disruption of the economy by top-down restrictions and an unprecedented fall in demand. As consumer confidence weakens as the unemployment rate rises to 7.5% at the end of 2020, consumption will fall significantly this year. Private investment is likely to follow a similar path, driven by uncertainty and reduced demand. This will not last forever. 2021 will bring a significant rebound. Poland will record GDP growth of 4.3%, returning to the pre-pandemic condition.

We are not going to be alone in this trend. Let’s take a look at the graph compiling the Gross Domestic Product in individual groups of countries between 2019 and 2021. I divided the countries participating in the compilation into three groups. The first part is Central Europe, the second part is Eastern Europe and finally, other world economies, chosen by me subjectively. They include the ones that have suffered significantly during the pandemic: the US, China, Brazil, India and the United Kingdom, which after Brexit is and isn’t in Europe (nothing personal).

Let’s take a look at Poland on the world map. It is clear from the forecasts that Poland will see the smallest drop in GDP in Eastern Europe (-4.3%). None of the Central European countries will boast such a small drop. Therefore, we have reasons for optimism. A great crisis awaits Great Britain (-8.3%) and the European countries that have been most severely affected by COVID-19: Italy (-9.5%), Spain (-9.4%), France (-8.2%) or Greece trying to rebuild its economy (-9.7%). A large part of these countries will be severely affected by the economic downturn due, among others, to travel bans.

China and India on the plus side

Two superpowers have the best results on the list: China, which, unlike all the countries on the list, has a 1% increase and India (1.1%). Even before the pandemic, China felt the first symptoms of economic slowdown, which were the result of, among others, tensions with the US. China’s modest economic growth is indirectly a result of the high GDP in the previous year and the fact that China’s economy was the first to encounter COVID-19 and while Europe was starting to introduce restrictions, China was just beginning to emerge from them and slowly resume production. Unfortunately, at the time of writing this report, which is the end of May 2020, consumer demand is still lower than the supply. According to the Asian Review and Reuters, China’s economy is experiencing its slowest growth since 1976, when the cultural revolution ended.

The employee market and meteor shower

The direct impact on the labor market is a drop in demand as a result of the stagnation of household spending, which is the result of the introduced restrictions and the general uncertainty caused by COVID-19. What does this mean for the labor market, which has been merciless to employers in recent years? A reversal of the situation, to some extent. Of course, this will not be felt in the same way in every industry. Certain groups of specialists will still be sought after on the labor market, although the financial expectations of candidates may be verified. Services will be the worst. Retail, which we read about, is already suffering, and is closing up to 30% of its stores in shopping malls. The level of unemployment at the end of 2021 will increase from 3.3% to 7.5%. The fact is that we are starting from a very low unemployment rate. In 2019, the unemployment rate in Poland was one of the lowest in Europe, next to such economies as: Germany (3.2%) and the Czech Republic (2.0%) and non-European Japan (2.3%). A comparable result was also visible in: Hungary, the Netherlands and Malta (3.4%). The graph compares data data by region: Central Europe, Eastern Europe and selected countries outside Europe, including the UK.

Since I wanted to highlight the positive aspects of the economic outlook, let’s turn our eyes to the gray line representing the fall in the unemployment rate. In every country except Japan, we see a significant fall in the unemployment rate. In some countries, the return to the pre-pandemic conditions will be ideal. Poland has a chance to rebound and the end 2021 with 5.3% unemployment, not deviating from the European average of the Central European countries, excluding the most disadvantaged of them, i.e. Italy (10.6% – at the end of 2021), Greece (16.8%) and Spain (17%).

Why is the situation so bad in Spain compared to Italy?

According to CNBC the problem in Spain is that they have a much higher share of workers on temporary contracts. Spain has been struggling with high unemployment over the years, one of the main legacies of the 2011 public debt crisis. At the height of the crisis, more than 26% of the active Spanish population was unemployed.

Let’s take a look at the United States

According to a study conducted by McKinsey Global Institute, up to one third of jobs in the US could be exposed to layoffs and wage cuts. Low-income workers account for 80% of the jobs at risk. Interestingly enough, even in the crisis, some industries are experiencing staff shortages. Many people cannot return to work because of health problems, or are prone to infections, some retire early. In addition, employers report a lack of new skills, such as online sales skills and productivity-based management skills.

After the reopening of the economy, as is currently happening, many of the jobs that are currently on hold will return. But not all of them. Past crises have led to changes in the economy and the development of new ways of working. Companies have started or will start automating some processes. They will use artificial intelligence, where it will find its application. They will think about what to do to protect themselves against further pandemics. Because they will come. New viruses, mutant viruses. We will live with them. We just need to learn how.

Two golden rules of meaningful management
Best recruitment tools for assessing your candidates
The culture of trust. How do we build it? Three golden rules.
Empathy and leadership style: a close connection
How to make sustainability a cornerstone of your leadership culture 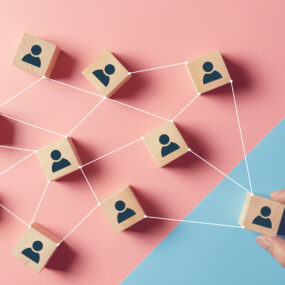 Scientists imply that soon we will fight against a “mental health tsunami” related to unanticipated death, burnout and unemployment. To avoid future…
Labor Market Leadership 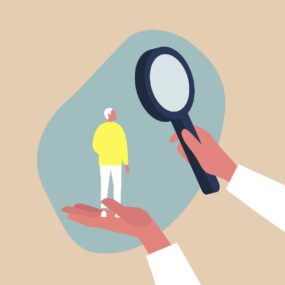